No items found.
Product is not available in this quantity.

We let true petrol motorcycle enthusiast go electric for the day, here's what Brendan Pollitt had to say! 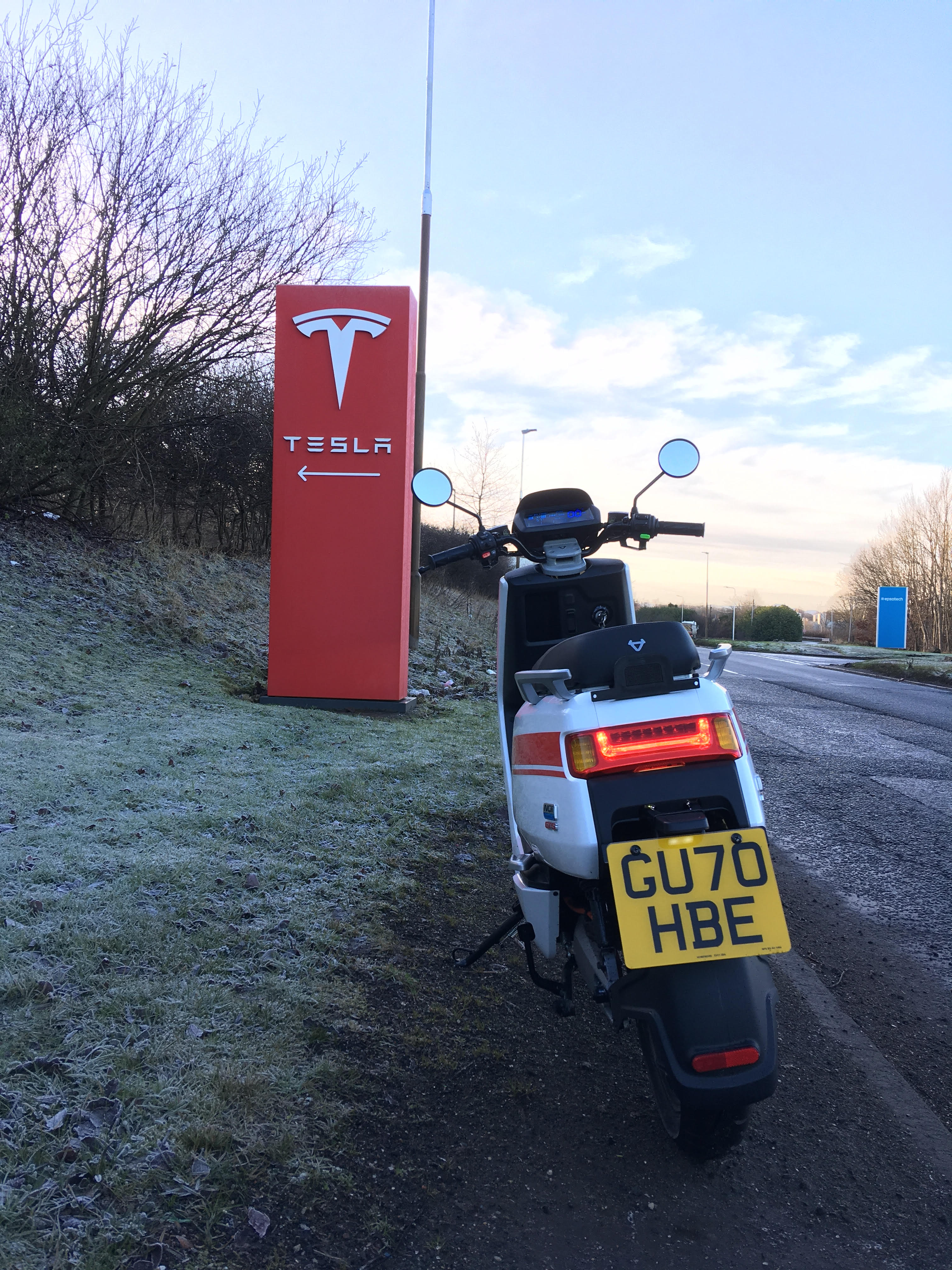 This is a NIU electric scooter from NIU Edinburgh on Dalry Road. I’d never tried electric before, so I arranged a test ride with the very amenable Ross. He knew I wasn’t a serious buyer, but that was no problem and there was no sales pressure at all. Ross understands that at the moment, lots of us need to dip our toes in the water.

I tend to run older cheaper bikes, singles or twins that can be maintained at home for the most part. I’ve owned Meridens, a Guzzi, and the big four Japanese brands. Current stable has three 1980s Hondas, plus my all-year-round 1993 Honda NTV650, though I’m quite keen on smaller bikes too.

NIU is a Chinese maker, but at the premium end of the market. They use Bosch motors. The shop looks more like a Swatch shop than a bike shop. NIU has a fair range of models with alternative batteries, top speeds and wheel sizes, so it can be a bit confusing: to summarise, they are broadly equivalent to 50cc mopeds or 125cc scooters. There is a model that can be driven on a car licence, without the need for a CBT test for older licence-holders – the need for a CBT can apparently discourage some buyers (discuss…!). Top speed can be 30 or 45mph so you probably wont go abroad on one. Some models have a second battery for more range, and the top model has Panasonic batteries which boosts range again. Battery pulls out so you can plug it into a charger in the house. I wondered about buying multiple batteries so you always had a charged one – Ross thinks few will do that at about a grand a battery.

Ross chose me a NQi GTS Sport. That’s a double-battery (non-Panasonic) model with the larger 14” wheels, roughly equivalent to a 125cc petrol. It’s about £2800 to buy says Ross (and some employers will give you an interest-free loan to buy an EV). He shows me over it, pulling out batteries, and starting it up in the shop….after a beat, I realise that’s fine – no fumes, no noise. Ross accelerates off across the shop floor!

Hmmm, 525cc less than what I arrived at the shop on. No clutch, no gears. It’s early January and 2oC outside with frost and a little snow on the ground. The scoot has 50 miles on the clock. I think about the £2800 price tag as I set off gingerly.

Range is about 55 miles. I ended up being out for an hour and a half, despite near-zero temps ...it was just so charming!!

A bizarre sense of calm, floating along in silence. No gears, no clutch, no sensation of any kind of motor stopping or starting... really calming, even in city traffic.

45mph top speed, enough oomph to manage every hill I found, and reasonably torquey from standstill. I managed a wheelspin at one point, but that was only on an ungritted frosty side-street, The NIU was very well-behaved indeed. Brilliant brakes, handles nicely, and big wheels on this model coped with 80% of Edinburgh’s famous potholes. As I rode around, I tried to remember if it was the foot brake or hand brake that was linked - Ross had explained, but I'd not properly taken it all in. Turned out that BOTH controls operate both brakes - perception is a funny thing! However, they are great - powerful enough, but reassuring rather than grabby. Indicators are auto-cancel, and also have a bleeper (not as annoying as I expected); in fact the only thing I didn't really like were the mirrors - just too wee and too inboard, but perhaps they're designed to survive topples! In any case, easily changed.

Home after 30 miles, mostly in “sport mode”, with 30% charge left. I used sport mode (maximum) when I was in 40, 50 or national speed limit, and used "dynamic" (middle mode) in town - it limits speed to 30 and drops oomph a wee bit. I also tried eco mode when traffic was very slow - limits you to 15mph, but will allow you to limp home if battery is on last legs.

The GTS Sport is always going to be desirable for wee scrotes, and even big ones. With this in mind, it (and I think pretty much all of the NIU range) comes with a tracker, anti-theft alert, and wobble alert, all linkable to your phone. The bike's software is also upgradeable (how would you explain THAT to Edward Turner?). No wonder Ross at the NIU shop was pretty relaxed about me taking his toy away - he'd seen exactly where I'd been, and even when I stopped for a pee! I'd still be chaining it to a solid object though.

These types of scooters aren't really being aimed at "us", though some will sell to experienced motorcyclists of course. The main markets seem to be car owners sick of not being able to park, getting stuck in traffic, and gradually realising that £30K of car sitting in traffic is a bit of a waste; and their teenage children who constantly want taxied everywhere. Indeed these were the enquiries I saw in the shop when I was in. I have to say that I'm all for it - the more folk on PTWs the better, as people will more understand our needs. Electric scooters with number plates, insurance, MOT, and a licencing system have got to be vastly preferable to unregulated and illegal “escooters” all over our pavements (and very soon, filling up our canals and urban waterways). And if you're going to buy one, I'd suggest that paying a bit extra for the quality of a NIU scooter might mean you get to enjoy the experience a whole lot more, and for longer.